It’s unaffordable, corruption in mega projects has created significant distrust, and we don't need it

South Africa has until Friday to tell the National Energy Regulator (NERSA) to close down government’s attempt to build new nuclear power.

OUTA is making a submission to NERSA outlining our objections. Our submission and an outline of our reasons are online on our website here.

This is the process: Minister of Energy Gwede Mantashe has written a two-page nuclear determination, saying that government plans to buy 2500MW of new nuclear power. This is in addition to extending the life of Koeberg. In terms of the Electricity Regulation Act, the Minister must consult with NERSA when doing this. This consultation is underway and, as part of it, NERSA has asked for public comment.

“If the government goes ahead with a new nuclear build, you, your children and likely your grandchildren will be paying for it in increased electricity prices and even more taxpayer bailouts to Eskom. This is your future.”

A soundclip (1 min 12 sec) with comment from Liz McDaid is here. 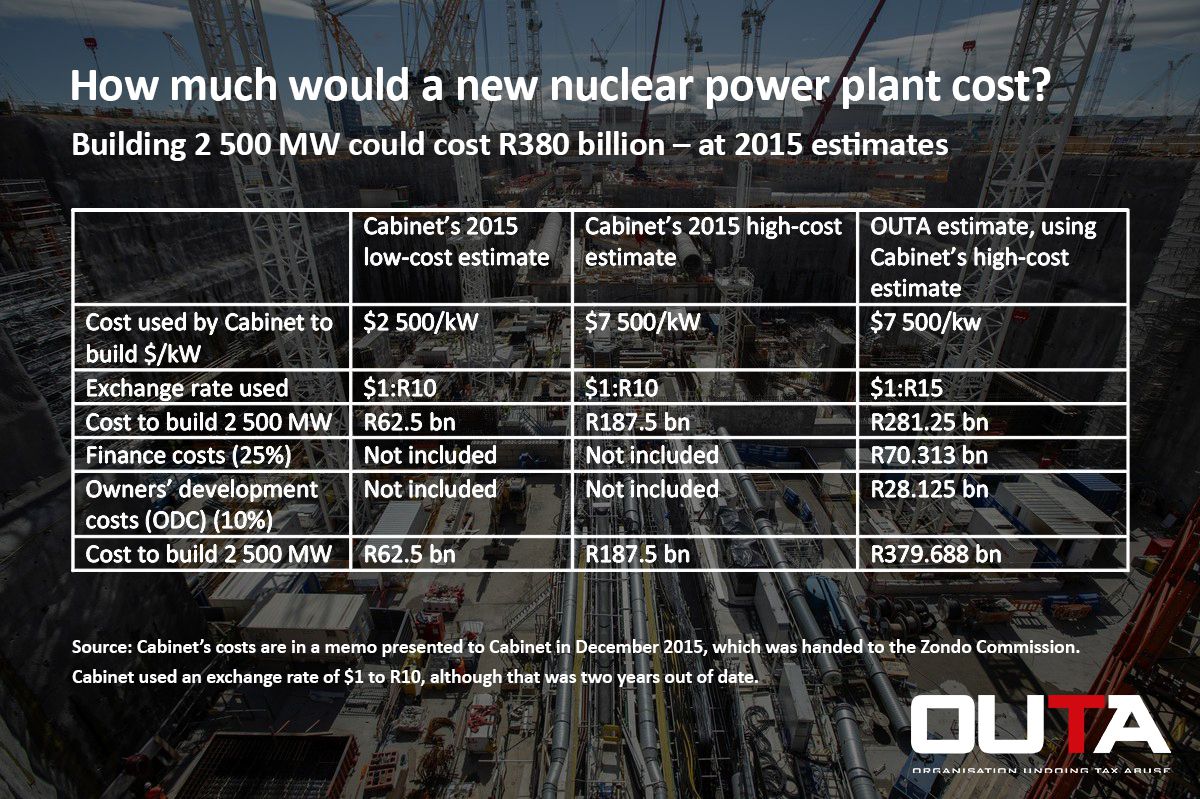 Liquidate SAA, pay out the workers and stop wasting our taxes