OUTA presented its case for a 0% electricity tariff increase for the 2018/19 period at the NERSA public hearings today.

This follows after Eskom applied to NERSA a 19.9% increase.

“In our request for NERSA not to grant approval for any electricity tariff increase, we sighted an ongoing decline in efficiencies, maladministration and corruption, combined with a lack of leadership accountability over the past decade, which had given rise to unwarranted increases  for far too long,” said Wayne Duvenage, Chief Executive Officer at the Organisation Undoing Tax Abuse (OUTA).

“We also believe that the National Energy Regulator of South Africa (NERSA) have not played their role as effectively as they ought to, when it comes to their role in restraining Eskom’s worsening inefficiency, mismanagement, maladministration and even corruption. We requested NERSA seek to instruct Eskom to introduce rigorous measurable improvements in controllable cost areas, whereby accountability can be placed onto Eskom’s leadership for future improvements in efficiency and corporate governance,” said Duvenage.

Eskom should be able to reduce their operating bill by up to R10 billion per annum, if they focussed on returning the productivity levels to where they ought to be over the next three years. “We estimate that Eskom has approximately 15,000 excess manpower capacity which they should plan to remove from the organisation, if they want to be deemed as operating efficiently.”

Deficiencies in Eskom’s internal controls and auditing processes have seen unacceptably high increases to the never ending new build projects at Medupi, Kusile and Ingula, to the extent of a minimum of R300bn overspend expected on these three projects combined, which is three times higher than the original bloated estimated provided in 2007.  The time and cost overruns of these massive projects is simply being passed onto the consumer and we find this unacceptable.

OUTA believes that Eskom’s Regulatory Asset Base does not reflect Eskom’s economic reality. Furthermore, NERSA now needs to exercise a heavy-handed regulatory approach regarding Eskom’s Capital Projects overruns and demand that Eskom become extremely transparent and honest on all its operational expense reporting.

We have also asked that NERSA questions and engages with National Treasury to phase out Environmental Levies applied to the cost of electricity, which is adding to the price pressure on the public.

Both NERSA and the public have no ability to make constructive inputs and analysis of Eskom’s revenue application, if they are allowed to submit incomplete and outdated information. “This merely compromises the integrity of the regulatory process and NERSA should ensure that Eskom submits all the required information in terms of the MYPD Rules, to enable informed decisions on the proposed tariff increase.

Unless we return the regulatory decision making process to being premised on the principle of economic realities and the affordability of electricity users, Eskom will continue to receive tariff hikes that will perpetuate this SOE to be inefficient and rampant with maladministration and corrupt conduct. 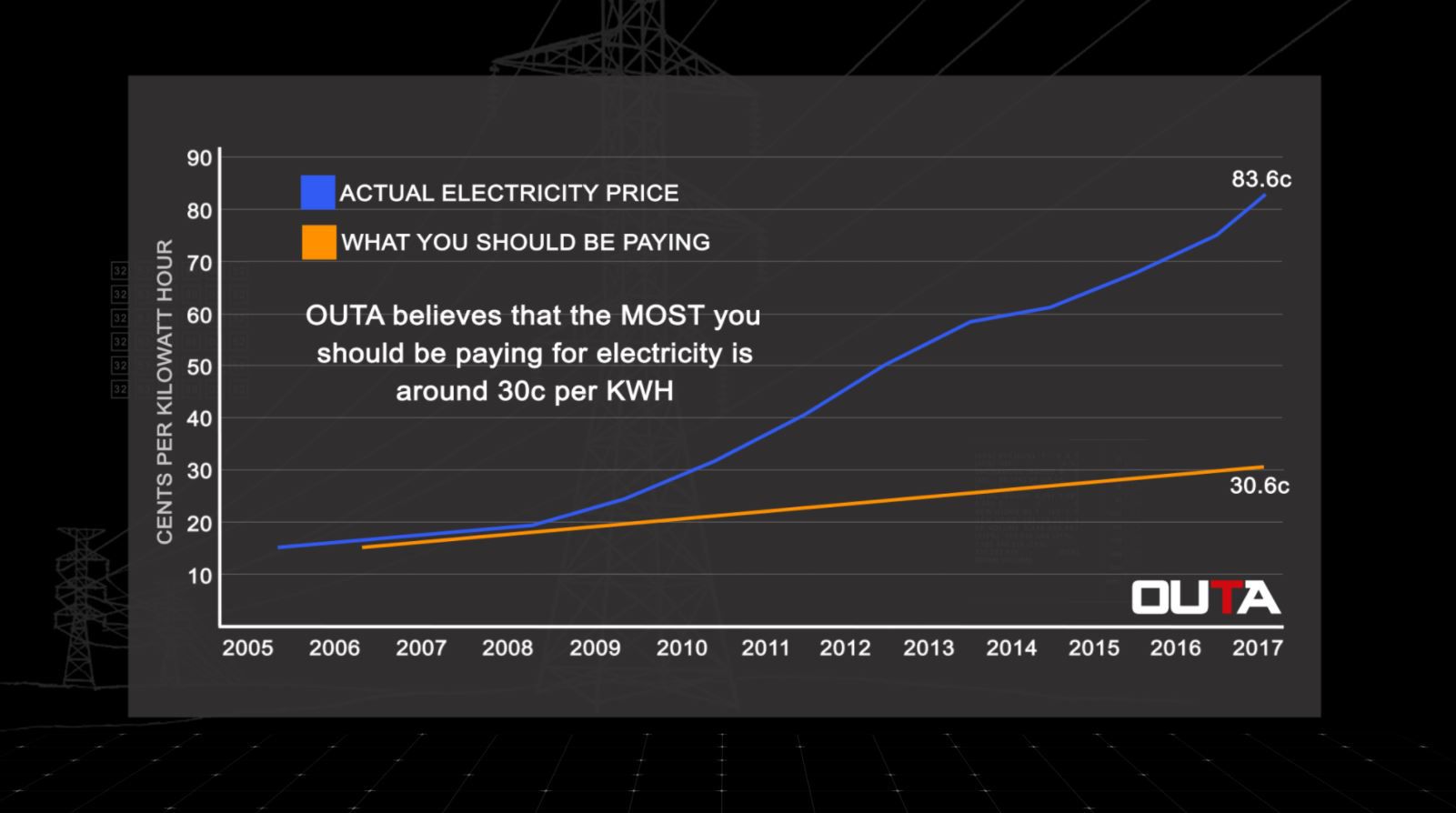 AARTO is about money instead of road safety and will fail

OUTA believes that recent amendments to the proposed AARTO Bill has more to do with making money and appeasing a failed e-toll scheme, than it is about tackling the declining road safety problem in South Africa.