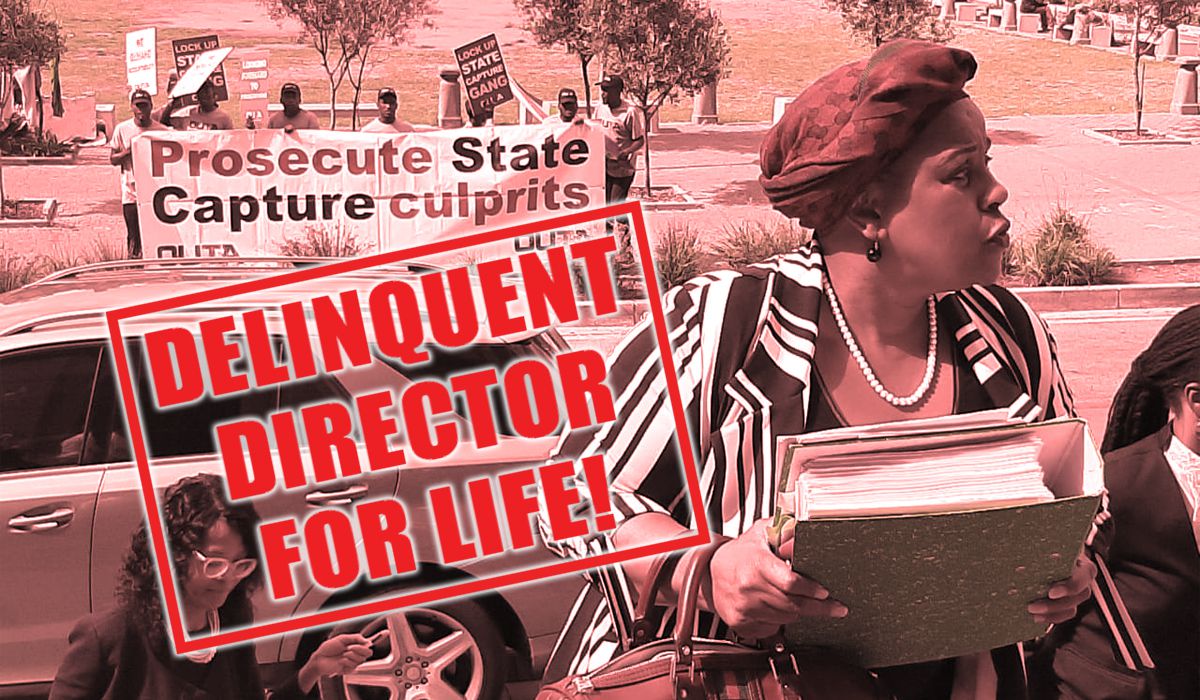 We did it South Africa! Dudu Myeni has been declared a delinquent director – for life. Following three long years of hard work by our legal team, not to mention many hours in consultation with courageous witnesses, sleepless nights working on court papers, and five weeks of trial, civil society can now celebrate the first serving of justice on a prominent matter related to State Capture!


During her tenure as SAA board chair, Dudu Myeni failed to exercise her fiduciary duties, which ultimately cost the airline billions of Rands. With no thought spared to the staff of the airline, who  have been severely affected by job losses. Today SAA is a shell of its former glory as South Africa’s thriving national airline, following the damage caused by state capture. While prominent figures looted the airline coffers, for years the state-owned-entity found itself in a disastrous financial state, forced into business rescue and unable to survive the economic effects of COVID-19. Mostly because of a chairperson who failed to perform her duties.

Following Judge Tolmay’s judgment and evidence provided during the case, OUTA and SAAPA are now urging the National Prosecuting Authority to launch an investigation into criminal conduct against  Myeni. We believe she should be prosecuted her for her role in State Capture. We will also ensure that the various entities in which Myeni holds directorship, remove her from their boards.

OUTA Supporters will know that our case against Myeni was time consuming and costly. We firmly believe that it was time and money well spent, because of the importance of holding people like  Myeni accountable. It sounds a warning to people in powerful positions that they cannot commit gross misconduct and expect to get away without it.


THANK YOU to all our Supporters for helping us to make this happen. This victory was possible because of your dedicated monthly contributions that enable us to take on the challenges that need to be fought, against those who abuse authority and taxes. Without your ongoing donations, we would never have been able to see this through – thank you to each and every one of you!